Sustainable Fashion and its Future 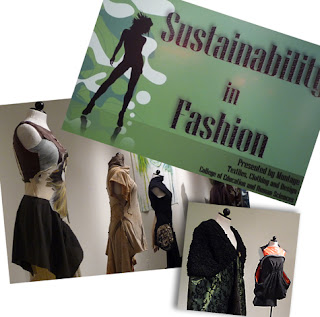 As it was reported by Refinery 29 , a  live-panel discussion took place in  Vogue Headquarters at Condé Nast Auditorium to determine the course of Sustainable fashion future, and its place in  the industry.
Participants:
Jasmin Malik Chua, the managing editor at Ecouterre,
Helena Helmersson, global head of sustainability at H&M
Catarina Midby, Head of fashion and sustainability communications at H&M

Scott Mackinlay Hahn from Loomstate,
Bruno Pieters, founder of Honest By
Julie Gilhart , fashion consultant
Simon Collin ,dean at The New School for Design at Parsons
Brainstorming on some of  the ideas suggested making sustainable practices work like taxes — mandatory and government-regulated.
Interactive customer-incentive programs, that  hopefully  would encourage consumers to bring old
clothes back to the store for “points, reinforce the idea of utilizing only sustainable fabrics and production
practices by fashion students, so that future designers are trained in sustainable clothing production. “People think a good price means a bad quality and also garment…we’ve started to measure this and have set internal goals in how to make customers more aware,” says Helmersson of H&M, a leader in Eco Fashion Industry. “We want to prove that it’s actually possible to make fashion more accessible and durable and make it...affordable.”

Know Eco Business that should be in  our  Green Directory? Recommend Here

Eco Friendly Clothing continues to be a focus for H&M

As reported  by  Fashion magazine , H&M has  launched   "Conscious Exclusive ". It includes a variety of partywear and accessories that promises to bring a touch of Hollywood glamour to the fast fashion chain by attracting eco conscious consumer  with affordable price tag. Just in time for prom and wedding season! 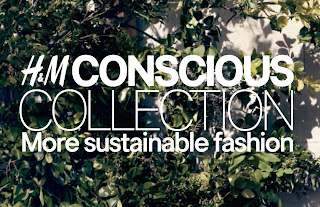 Like the rest of H&M’s Conscious Collection, the Conscious Exclusive line is made from sustainable material such as recycled polyester and organic cotton. According to H&M’s head of design Ann-Sofie Johansson, the inspiration behind the collection came from thinking about glamour and style in an environmentally conscious way. “For us at H&M, it’s natural to think about sustainability, and to have it at the heart of our work,” Johansson explained.

Clearly, they are doing just that. Standout pieces include a stunning floor length ombre gown, a bohemian off-white loose kimono, and a romantic white dress with an asymmetrical train and bird embroidery.

With so many beautiful pieces to choose from, this collection certainly does a lot to break the stereotype of sustainable fashion as being uncomfortable and unglamourous. Prices range from $19.95 – $399, making the collection an affordable way to invest in glam party attire for spring.

Know Eco Business that should be in  our  Green Directory? Recommend Here

Eco Fashion :How Gucci Bags Get a Green Makeover

Eco-fashion: Why green is the new black for Gucci

Gucci has teamed up with Livia Firth to design a new ecologically 100 per cent traceable bag.
BY LISA ARMSTRONG | 02 MARCH 2013 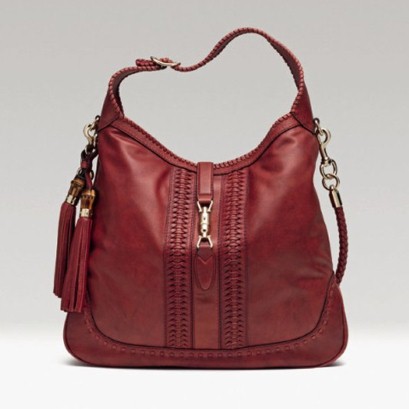 Gucci & Livia Firth's new ecologically traceable bag. Photo: GUCCI
In our hearts, we all know that even if fashion isn't the biggest ecological vandal in the universe, it is almost by definition not green. If it is any colour, it is black. Black is slimming, black is classic, black is… one of the most toxic dyes.
Gucci's new ecologically 100 percent traceable bag is not black. It is a rich burgundy brownish-red, because that was the most satisfying and covetable of all the vegetable-sourced hues they came up with. And the leather is among the softest, can't-believe-it's-not-butteriest you will find anywhere, let alone in an ecologically 100 per cent traceable bag.
Forgive the repetition. But this is a big deal. Luxury brands, for all their willingness to bang on about heritage, craftsmanship and exotic skins, go very quiet, on the whole, when it comes to matters of sustainability. And they're positively Trappist on the subject of traceability.
Eco queen Livia Firth to launch her own range
That's because following the path of every piece of hardware, every last stitch, every zip, trim and dangly bit is laborious and time-consuming. Not all luxury houses have the resources - or the stomach - to dig for the answers. Better to forge on in a commodity that's endlessly sustainable: ignorance.
Who knew, for example, that leather is a major culprit when it comes to deforestation? It's obvious when you think about it, but even a green campaigner like Livia Firth was surprised when she first discovered its culpability via a National Wildlife Federation report.
Firth being Firth, she took her shock to the next level - specifically Gucci - and suggested they might like to turn their leather supply chain upside down, inside out and start all over again.
Blow us all down, they did. With the help of Nathalie Walker at NWF, Rossella Ravagli, Gucci's head of corporate social responsibility and sustainability, began working with a ranch in Brazil, teaching them how to farm cattle without chopping down a single tree. Two years later, the first fully traceable Gucci eco-bag is arriving in store any moment.
Livia Firth recruits fashion's biggest names for her Green Carpet Challenge
It's not just the leather's provenance that's impeccable. The people who made the bags and all the attendant hardware work in Gucci's factory in Florence, and have done so, in many cases, for years. The bamboo handle, a Gucci classic that dates back to the Fifties (Princess Grace had several such bags) is made from a plant that grows like a weed.
Firth came to show me the bag last week, and it is very stylish - based on the Gucci Jackie, which was a favorite with the former American first lady throughout her life. Firth said she approached Gucci because she thought the social responsibility at PPR (the holding group that owns the label) is genuinely serious about its goals. "It's the only luxury company that has so far dedicated an entire arm of itself to sustainability and when I turned up with this proposal, they jumped at it," she says.

Linking up with a snazzy megalith is a new departure for Firth, who has previously championed much smaller, certifiably green labels such as Henrietta Ludgate, or ransacked her address book of swanky A-listers (which is bulging; she's the wife of Colin) and deployed her considerable charm to persuade them to wear ecologically sympathetic dresses on the red carpet. If her Green Carpet Challenge is a worthwhile consciousness raiser, the Gucci project is another step. "It's becoming increasingly important for consumers to understand how things are made. Luxury brands are very keen to stress their craftsmanship, but after that, there's a brick wall. Things get very opaque. This is showing that it doesn't have to be."
Frida Giannini, Gucci's creative director, didn't need any persuading. "I really believe that today, more than ever before, customers want to be associated with brands that are thoughtful and responsible. At Gucci we'd like not just to be synonymous with 'Made in Italy', but also 'Made with Integrity'."
Not that it was easy to meet the green criteria without compromising Gucci's reputation for luxury. But Giannini believes the end product exceeded her expectations.
Henrietta Ludgate's work-shop opens
Firth is realistic about how fast she can affect significant change. She's only too aware of the paradoxes inherent in what she's achieved. Personally, she doesn't wear fur: Gucci is a big fur house. She accepts that even cows nurtured on non-deforested land would probably prefer not to be slaughtered for a bag. But she's a pragmatist. If we must wear leather, then let's do the best we can with it. That's why working with a company like Gucci, with its commercial and manufacturing might, is important.
"Let's be honest, this is a baby step," she says. "They're only producing 250 or so of these bags to begin with."
On the other hand, they will be prominently displayed and, as Giannini says, "There's definitely room for more eco-conscious handbags. We've already developed a variety of products such as sustainable eyewear models using, for example, liquid wood, and ballerina shoes realised in bio-plastic."
The overarching message is that if Gucci can make a sexy, luxurious eco-bag that people will pay £1,550 for, then eco-bags just got glamorous.
Source: http://fashion.telegraph.co.uk

Do you want to receive Exclusive Green Deals & Coupons?

Do know Eco Business that should be in  our  Green Directory?   Recommend Here
Posted by Community Admin at 1:21 PM 4 comments: